Georgia lawmakers are facing a boycott by Walt Disney Co. and its subsidiary Marvel over a religious-liberty bill that LGBT activists say is discriminatory. 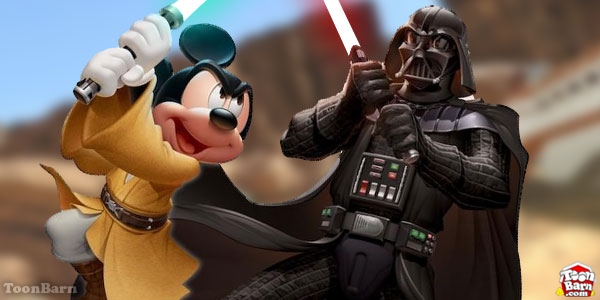 The companies behind “Star Wars: The Force Awakens” and iconic superheroes like Spider-Man have vowed to stop making movies in the Peach State if Republican Gov. Nathan Deal signs the Free Exercise Protection Act, which was passed by lawmakers last week.

“Disney and Marvel are inclusive companies, and although we have had great experiences filming in Georgia, we will plan to take our business elsewhere should any legislation allowing discriminatory practices be signed into state law,” a Disney spokesman said in a statement released Wednesday, the Washington Times reported.

The bill would permit Georgians to decline service for same-sex weddings to protect their religious beliefs from being violated. Supporters of the bill argue it has already been “gutted” to appease critics.

“The new version of the religious-liberty bill provides Religious Freedom Restoration Act levels of protection for certain protected persons, but it explicitly says these protections cannot apply in cases of ‘invidious discrimination,’ the Daily Signal reported March 18. “Of course, no one is in favor of invidious discrimination, but the problem is that in the hands of a liberal judge, everything looks like invidious discrimination even when it is not, such as religious universities or adoption agencies that want their policies to reflect their teachings on marriage.”

Religious-liberty bill could be costly for Georgia

The Atlanta Convention and Visitors Bureau said Tuesday that Georgia could lose up to $6 billion if 15 companies that are threatening to take business elsewhere follow through with their word.

“It is unfortunate that the Georgia legislature caved to pressure from big business and special interests to water down their weakened bill even further. Other states must be vigilant against such cultural cronyism,” the Daily Signal’s Ryan Anderson wrote.

Deal has until May 3 to decide whether or not to sign the bill.

Posted with permission from WND