On February 23rd, Mya Young, 25, became the third trans-related death already in 2016. She had fallen victim to multiple stab wounds in the chest and neck in the 4800 block of Penn Street at 11:50 PM EST Saturday in the Frankford section of Philadelphia. Police were called to the scene and she was taken to Aria Health-Frankford Campus, less than two blocks away. She was pronounced dead at 12:21 a.m. 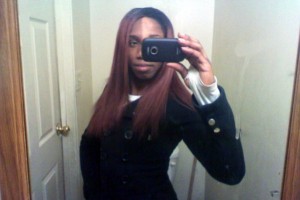 As of this writing, police still have no real leads on a suspect or even a motive. However, Young was a sex worker with a prostitution conviction in 2015. It’s believed that may have played a part in this murder.

Others in the city have spoken up about the death of Mya Young, releasing several statements about the tragedy.

“The community is heartbroken once again with the senseless slaying of another transgender woman of color,” wrote Naiymah Sanchez, a coordinator with the Philadelphia based TransHealth Information project on her Facebook page.

Nellie Fitzpatrick, director of the Mayor’s Office of LGBT Affairs, said, “My heart is with her sister, family, friends, and community,” adding, “We must work harder as a city, state, nation, and society to protect and support transgender people.”

She is also fondly remembered by her friends. “She looked like chocolate and caramel,” said Anthony Harper, a longtime friend and former roommate of the 25-year-old transgender woman. He used to call her “Twix,” like the candy bar. “She was sweet, like candy,” he said.

At least 21 transgender people were killed in the United States last year, the highest total on record, according to the Human Rights Campaign.

Two were slain in Philadelphia, including Kiesha Jenkins, 22, who was beaten, robbed, and gunned down in Logan in October, and London Kiki Chanel, 21, who was stabbed to death last May in North Philadelphia.

The Philadelphia Police Department is looking for information in the Mya Young case, and if you have it, you can call the PPD Police Homicide Unit at 215-686-3344 or 911.

A $20,000 reward for information leading to an arrest and conviction in this case.