[ad_1]
It’s a groundbreaking development for the transgender community, as we finally heard our first transgender speaker at a major political convention. Last night Sarah McBride made history as she took the stage at the Democratic National Convention (DNC). She spoke to the delegates and audience about the importance of LGBTQ rights in this election, and how vital it is to take action now.

Who is Sarah McBride?

Ms. McBride is a former intern in the White House, under President Obama. She now works for the Human Rights Campaign, an organization that works to protect and advance the LGBTQ community. On Thursday she spoke out about the discrimination faced by transgender people in our country, and from its people. 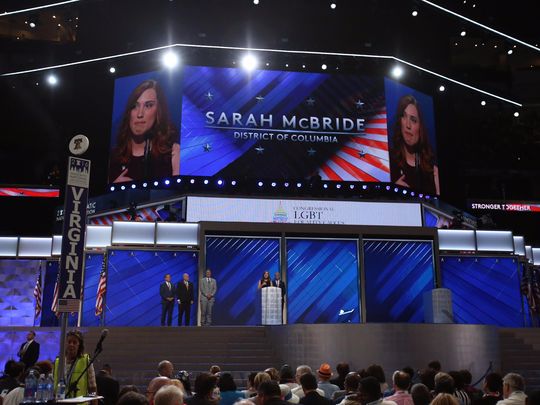 “Four years ago, I came out as transgender while serving as student body president in college. At the time I was scared. I worried my dreams and my identity were mutually exclusive.”

In her remarks, McBride urged Americans to be more accepting of people’s differences.

In advance of her speech, McBride said she wanted to make other transgender Americans proud to be who they are.

“I’m certainly excited to have this opportunity … I just hope I do my community proud,” she told NBC News earlier. “I really want to use this moment to reinforce and underscore that behind this debate on trans equality, there are real people who are seeking dignity and fairness throughout their lives, people who hurt when we are ridiculed and mocked and discriminated against, people who are facing violence … I want to make sure that people realize the humanity behind the conversation.”

McBride was joined onstage by Rep. Sean Maloney, D-N.Y., the chair of the congressional LGBTQ caucus and the first openly-gay person elected to Congress from the Empire State, who also urged Democrats to remember the hard-fought victory for same-sex marriage enshrined by the Supreme Court last year. 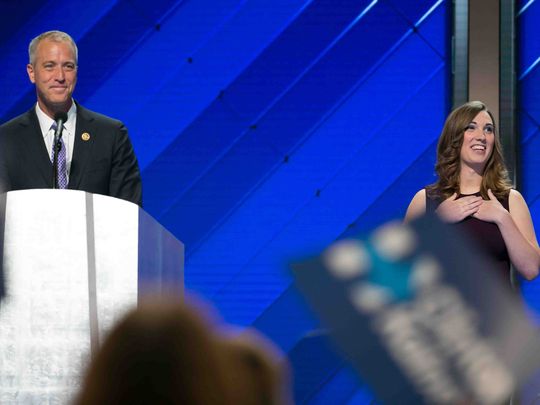 In his remarks, Maloney recounted calling his husband, Randy, after news broke of the Supreme Court’s decision on June 26, 2015.

“The news hit like a thunderclap. Many of us wept. … I called Randy, I could barely speak,” he said. “Yes, our family’s a little different, but we read bedtime stories the same. Until that day, we weren’t really the same, not according to the law.”

See the entire speech below. And let us know what you think in the comments.